Earlier this year, a teenager was admitted to Israel’s Barzilai Medical Center with severe hives (hives). The cause of the painful rash was unclear and it appeared to be drug resistant.

“When I checked the boy’s pulse, I detected something which, in Chinese medicine, means emotional trauma. I asked him about it and he told me I was right,” Stoffman told ISRAEL21c.

“In this case, a lot of heat came to the surface,” says Stoffman, who spoke last May about treating emotional trauma in children at a Chinese medicine conference in Germany.

After performing acupuncture to rebalance the boy’s qi, his rash disappeared within six hours. Before he went home, she contacted the department’s social worker and his school to arrange for continued support.

“If he had come just to [conventional] medical care, we would have missed the underlying reason for the hives,” Stoffman says.

Barzilai, a 617-bed hospital on the coast of Ashkelon, is perhaps the only hospital in the world – let alone in Israel – to provide free complementary care in the hospital’s pediatric unit.

“I don’t know of any other department that works like we do, as an integrated service for all pediatric patients,” says Stoffman, board member of the Israel Chinese Medicine Association. “I teach a lot in Europe and I’ve never seen anything like it.”

Stoffman earned his MD from Tel Aviv University in 1997, then studied TCM. In addition to teaching pediatric Chinese medicine abroad and at the medical schools of Tel Aviv University and Hebrew University, in 2013 she opened the Panda Clinic in Rehovot. Its multidisciplinary staff includes physicians and alternative practitioners providing family care. 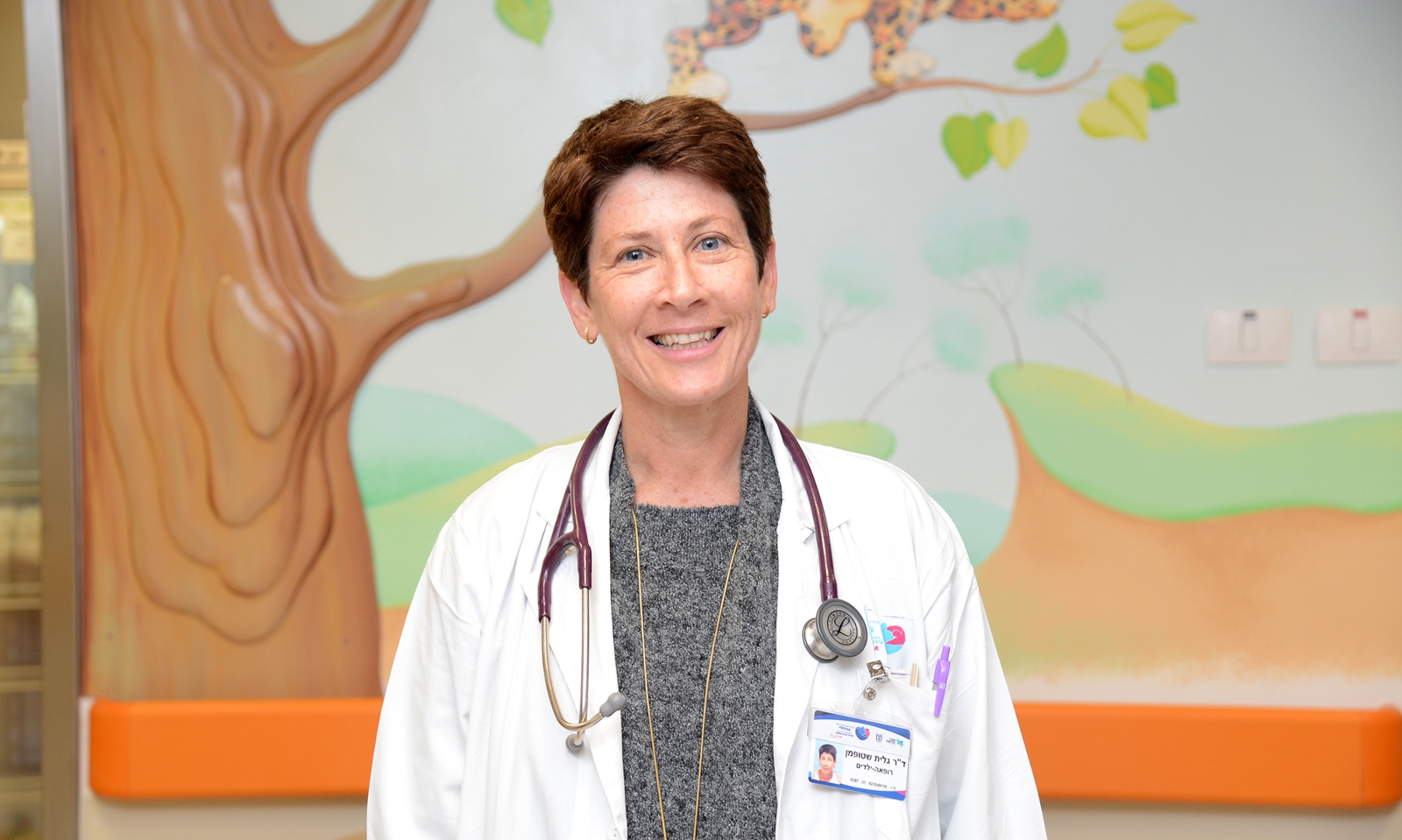 When she agreed to lead the initiative, he brought in the director of TCM from a hospital in Yangzhou to spend a week with Barzilai staff.

At the hospital’s expense and with the help of the Israeli-Chinese NGO Matat, Levy sent Stoffman to Yangzhou for two weeks to observe how Chinese medicine is implemented in a Western-style hospital.

“It’s really innovative for a hospital director and I’m very grateful to Dr. Levy,” says Stoffman. “The integration of complementary care in other Israeli hospitals came from practitioners and patients, not from the administration. Here it was top down.

“The doctors found it interesting because they have no experience in this field. I also taught at a university there,” she says.

A former head of the Ministry of Health’s medical division, Levy has a Chinese doctor in his family and observed TCM when he visited a hospital in Yangzhou. There he has a working relationship with doctors.

“When I was surgeon general for the Israel Defense Forces more than 10 years ago, I was aware of the need for certain alternative treatments for pilots and for soldiers who carried a heavy weight on their backs,” said- he told ISRAEL21c.

“I thought it might be helpful to try these things alongside regular medicine – not instead – to help reduce pain and regain movement that hadn’t been done because of the pain. pain.”

Levy says acupuncture and other treatments “in the big basket of complementary medicine” have been shown to work alongside conventional treatments in orthopedics, stroke rehabilitation, hand and back pain, and neck pain. work.

Its effects in children are less well known, but have been used to relieve fever, ear and lung infections, asthma, weakened immune system, allergic rhinitis, abdominal pain, constipation and nausea.

Since arriving at Barzilai in 2012, Levy has arranged two co-worker visits to Yangzhou and hopes to one day offer Chinese medicine training at Barzilai.

“I hope we will see it more and more in Israel,” he says.

Stoffman handpicked three other experienced Chinese medicine practitioners to work in Barzilai’s pediatrics, orthopedics and rehabilitation wards. More may come on board in the future.

She says she felt welcomed by the hospital staff. She and her team join the morning rounds, helping to determine which patients they will help treat.

“It’s easier for them to accept me because I’m also a doctor,” she says. “But in general, we’re all extremely welcomed by the medical staff – not by everyone, but by those who have flexibility of mind and agree that the best medicine we can give is integrative.”

Landau, chief of the pediatric department, “is amazing how open she is to bringing these ideas to the department,” adds Stoffman. “She gives me a lot of space. We even set up a research project on the treatment of bronchiolitis in babies. It’s an incredible experience for me. 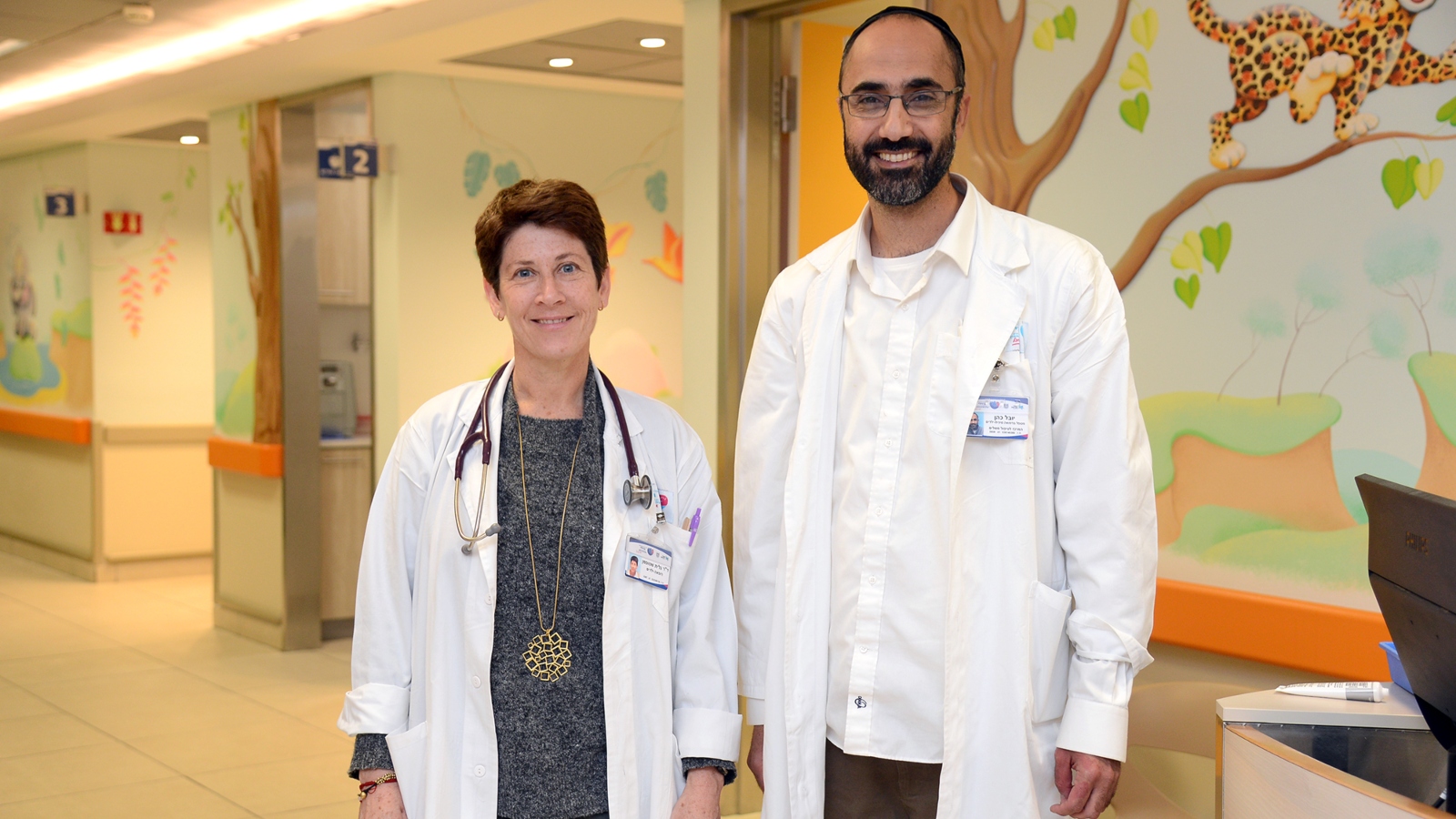 At the start of the Covid-19 crisis, Stoffman and another Chinese medicine practitioner in Barzilai opened an in-house support clinic for hospital staff. “The clinic works 16 hours a week and was fully booked from day one,” she told ISRAEL21c.

“Most doctors and nurses don’t know what Chinese medicine is for,” she says. “It’s a learning process for all of us to work together.”