The Ben Cao Gang Mu Where Compendium Materia Medica , is an encyclopedic collection written by the 16th century Chinese physician Li Shizhen. This compilation is considered the most comprehensive medical book ever written in the history of traditional Chinese medicine, bringing together East Asian medical knowledge.

The Prince of Pharmacists and the Ben Cao Gang Mu

Although it remains almost entirely unknown in Western culture, Harvard Review explains that in China, Li Shizhen “is practically a household name” and a “kind of patron saint of Chinese herbal medicine”. Nicknamed the Prince of Pharmacists, this scholar from Hubei Province in central China lived between 1518 and 1593 during the Ming Dynasty (1368 to 1644), investing the last half of his life in research and writing of his most important work, the Ben Cao Gang Mu . Unfortunately, he died before it was published, and it was thanks to his sons and grandsons that the famous treatise was published in 1596.

This incredible work, which contains 52 volumes, took 27 years to complete. It is packed with information drawn from a wide range of contemporary sources. It includes descriptions, poems, stories, recipes and remedies for using anything you can imagine as medicine, from turtles and ginseng to shellfish and human body parts. There are descriptions of 1,094 herbs, as well as hundreds of animal and mineral substances. Indeed, this fabulous medicine book includes 1,892 drugs and 11,096 prescriptions. It also contains hundreds of exquisite hand-drawn diagrams.

In addition to being a medical book, the Ben Cao Gang Mu also deals with natural history, giving a classification of mineral, vegetable and animal products. As if that were not enough, it includes chapters on chemical and industrial technology, as well as geographical, historical, dietary, culinary, cosmological, philosophical and philological data. 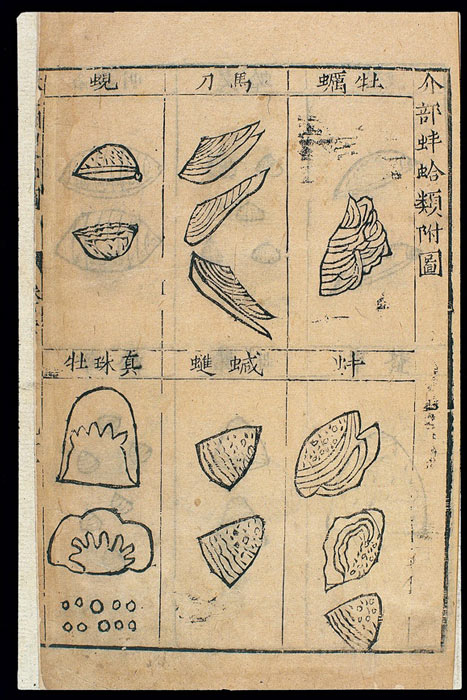 A page from the Ben Cao Gang Mu, or Chinese materia medica, with six types of shells and their medical uses. ( Public domain )

In 2011, the Ben Cao Gang Mu received worldwide recognition when it was inscribed on UNESCO’s Memory of the World Register. A copy of the collection which was printed in block in 1593 by Hu Cheng-Long in Jinling (modern city of Nanjin in the province of Jiansu, China), is kept in the library of the Chinese Academy of Chinese Medical Sciences. But, why the Ben Cao Gang Mu so important?

It has been claimed that this work and the empirical approach Li employed in his research and fieldwork profoundly influenced the development and study of modern natural science. For example, classification standards and how materia medica must be compiled and formatted were established for the first time. This has been crucial in enhancing the credibility, scientific value and accuracy of the biological classification of flora and fauna.

Its importance is also evident in the fact that it has been translated into all the languages ​​of the Far East, as well as into the major Western languages. Although it is over 400 years old, the Ben Cao Gang Mu is still used as a monumental reference work. Thus, the longevity of this work and its influence beyond the borders of its land of origin demonstrates that it was an incredible achievement. 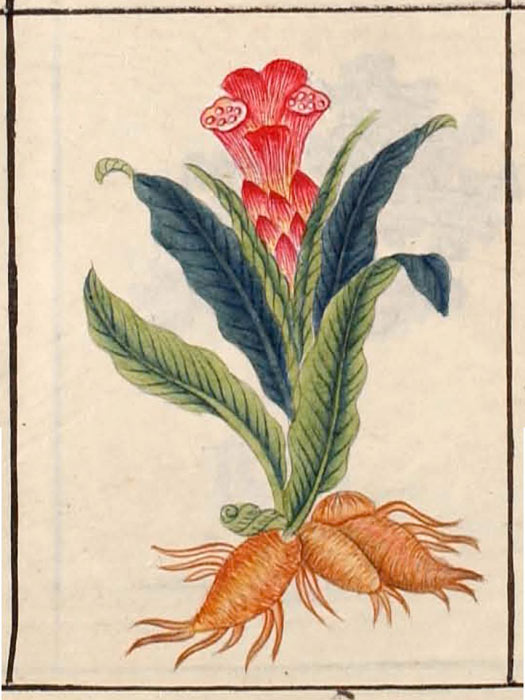 Illustration based on the Ben Cao Gang Mu by Li Shizhen. ( Public domain )

Nothing is perfect: factual errors in the Ben Cao Gang Mu

Nevertheless, there are some notable factual errors in the Ben Cao Gang Mu . For example, lead was allegedly non-toxic, otters were apparently ‘always male’ and the Moupin langur, or golden snub-nosed monkey, was 10ft (3m) tall, had its back feet and could be caught. when he drew his upper lip over his eyes.

These errors, however, can be attributed to the limitations of scientific and technical knowledge at the time when Li Shizhen wrote his famous medical book. Fortunately, they have been fixed. I suppose this demonstrates the cumulative nature of human knowledge, which one generation builds on the accomplishments of its predecessors. It is this process of accumulation that has allowed us to achieve the technological advancement we enjoy today.

Taking its name from the original masterpiece, the Ben Cao Gang Mu was performed by popular Taiwanese singer Jay Chow on his album motionless fantasy . While its lyrics are about Chinese pride, the aspect of the song that I found the most amusing was that Jay Chow weaved his way through the references to Chinese herbal medicine! So anyone to rap Pliny Natural History ?