Traditional Chinese Medicine (TCM) encompasses a variety of herbal medicines and mind-body practices, such as acupuncture. Although popular in China and many other countries as a primary or complementary health approach, its effectiveness has not been studied. However, existing research suggests that many herbal remedies are effective in treating conditions such as constipation and fever.

The effectiveness of traditional Chinese medicine” />

How is traditional Chinese medicine used?

The TCM is estimated to be around 2,500 years old. In 2018, the World Health Organization officially recognized traditional Chinese medicine in its global medical compendium. It was estimated that TCM served approximately 1 million patients in the United States in 1997, and this number is estimated to have increased since then, both in the United States and in other Western countries. On top of that, herbal products are often sold as dietary supplements rather than prescription drugs.

Dietary supplements are held to less stringent standards than prescription drugs, which could explain the relative lack of research on TCM’s effectiveness. In China, the use of TCM is often standard due to the low toxicity associated with it.

TCM includes a wide range of health interventions and is also a way of thinking about health and the body. Ancient beliefs in TCM include the concept that the body is a smaller version of the universe, harmony between yin and yang, that all phenomena can be represented by the five elements, and that energy called Qi circulates in the body and maintains health. . Scientific research on TCM generally does not address these aspects of TCM, but instead focuses on the effectiveness or possible harm of the medical practices involved. 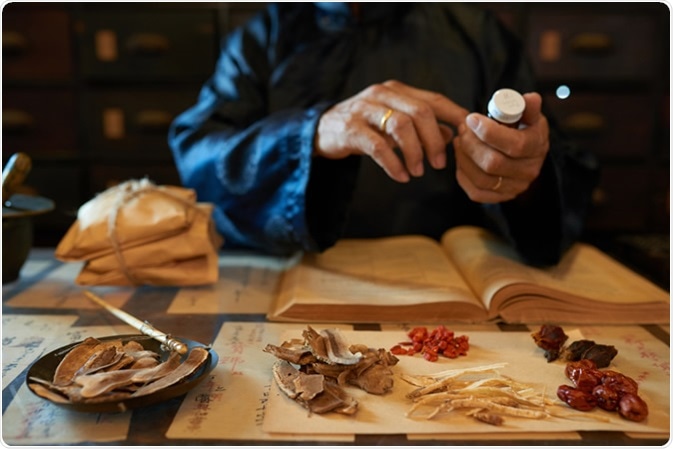 TCM approaches and their effectiveness

The herbal medicine prescribed to TCM patients often varies even when the same condition is being treated, making direct comparisons of effectiveness difficult. However, meta-analyses of studies comparing the effectiveness of TCM and Western medicine approaches such as IVF in the treatment of infertility have shown TCM to be twice as effective.

Chinese herbal medicine treatment continued for more than 4 months led to clinical pregnancy rates of 60%, compared to 30% when using IVF for 12 months. The difference appears to be related to TCM’s use of menstrual cycle quality as a diagnostic tool. Additionally, TCM is often less invasive than Western medicine approaches, which can be important when considering conditions such as infertility.

One of the patented traditional Chinese medicines is antipyretic oral liquid, which is used in children for its antipyretic effects. A study comparing this oral liquid with a common nonsteroidal anti-inflammatory drug (NSAID) used in children found that the two drugs had similar effects in reducing an induced fever in rats. Jinxin is made from a blend of herbal and mineral ingredients, as opposed to the active ingredient ibuprofen.

TCM has often been used as a complementary treatment to other medical procedures. For example, while most patients who access it use surgery or chemotherapy to treat cancer, many also supplement this with TCM. A certain herbal medicine traditionally used in TCM to treat thirst and general weakness has recently been prescribed to deal with fatigue associated with radiotherapy and chemotherapy. A randomized, double-blind, placebo-controlled study found that using this drug was effective in reducing fatigue associated with cancer treatment.

However, criticisms of TCM are not uncommon. Studies have shown that ingredients in herbal remedies are sometimes mislabeled and may contain extracts from endangered animals or poisonous plants in place of the advertised ingredients. Given the breadth of TCM use and the scope of this trade, these unwanted ingredients can reach large numbers of patients and could have profound effects on the ecosystems from which they originate.

Another strong criticism is related to the difficulty of testing the effectiveness of TCM. TCM is personalized for each individual and is therefore rarely the same between two people, whereas doctors and scientists trained in Western countries tend to prefer evidence obtained from randomized clinical trials that generalize guidelines for treating TCM. patients with the same disease.

This criticism has more to do with the underlying belief that one size fits all when it comes to disease causation and treatment. It remains to be established whether this hypothesis is valid when it comes to human beings who show incredible variations in their genetics, environmental conditions and lifestyle choices. Instead of an alternative approach, scientists might consider developing alternative methods to test the effectiveness of TCM before promoting or condemning its use.

Why I Turned to Traditional Chinese Medicine for My Psoriasis