A jar of Artemisia annua is displayed at the International Forum on the 50th Anniversary of the Discovery of Artemisinin and Building a Global Community for Health for All in Beijing, China, April 25, 2022. /VCG

A jar of Artemisia annua is displayed at the International Forum on the 50th Anniversary of the Discovery of Artemisinin and Building a Global Community for Health for All in Beijing, China, April 25, 2022. /VCG

Editor’s note: Stephen Ndegwa is a Nairobi-based communications expert, US-Africa International University lecturer, author and international affairs columnist. The article reflects the opinions of the author and not necessarily the views of CGTN.

That there is an effective drug that can contribute to the complete eradication of malaria in areas where the disease is endemic is good news. More profound is the fact that artemisinin, the first special antimalarial drug discovered and successfully extracted in China, has been used for about 50 years.

The International Forum on the 50th Anniversary of the Discovery of Artemisinin and on Building a Global Community for Health for All, which opened on April 25 in Beijing, has attracted a lot of interest from malaria-prone regions and the global health sector as a whole. While Chinese President Xi Jinping has observed that artemisinin has made a huge contribution to the fight against malaria in developing countries, the drug can work wonders if fully adopted and mainstreamed.

The drug artemisinin includes extracts of sweet wormwood, scientific name “Artemisia annua”, a Chinese herb used as traditional medicine in the treatment of highly drug-resistant strains of malaria, including several other parasitic diseases. It was discovered by Chinese pharmaceutical chemist and malariologist Tu Youyou in 1972.

Since its discovery, it is credited with saving millions of lives in the developing world. Tu won the 2015 Nobel Prize for his exemplary work in medicine. She was the first Chinese woman to win a Nobel Prize in Medicine and the first Chinese woman to win the Nobel Prize. It should also be noted that Tu was exclusively educated in China, which proves that no one country or region has a monopoly on solutions that can solve global problems.

While drugs like artemisinin have done a lot, malaria is still ravaging many developing countries, especially in the tropics, despite being wiped out decades ago after being widespread in Western Europe and in the USA. This implies that malaria is a scourge for poor countries that can hardly afford the necessary quantities of Western drugs on the market due to tight health budgets.

According to the World Health Organization (WHO), in 2018 there were approximately 228 million cases of malaria worldwide, with 405,000 deaths. 94 percent of these cases occurred in the Africa region, mostly affecting children under five.

Unfortunately, many health interventions in developing countries are still driven by Western donors and Big Pharma. A change in the status quo to fully incorporate drugs like artemisinin into the global healthcare system could go a long way to comprehensively addressing the high incidence of the disease.

In addition to artemisinin, the effectiveness of traditional Chinese medicine (TCM) is proven in the treatment of many diseases. TCM has evolved over millennia, which makes the time opportune for the products to arrive in hospitals and healthcare facilities in general. For ethical reasons, Chinese herbal products and other “alternative medicine” have not been marketed as aggressively as Western-made pharmaceuticals. 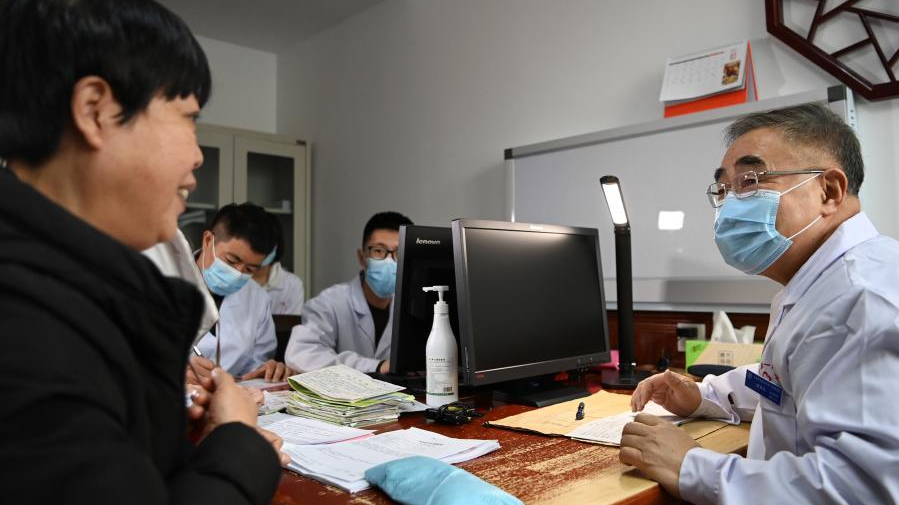 Zhang Boli (right), recipient of the national honorary title of “people’s hero” and academician of the Chinese Academy of Engineering, talks with a patient of the first teaching hospital of the University of Traditional Chinese Medicine (TCM) of Tianjin, in the municipality of Tianjin, in northern China. , Feb. 23, 2021. /Xinhua

Zhang Boli (right), recipient of the national honorary title of “people’s hero” and academician of the Chinese Academy of Engineering, talks with a patient of the first teaching hospital of the University of Traditional Chinese Medicine (TCM) of Tianjin, in the municipality of Tianjin, in northern China. , Feb. 23, 2021. /Xinhua

For Chinese remedy makers, drugs are not a commercial enterprise in the scale and gross scale they have become. It is not fair to disadvantage certain demographic groups in the enjoyment of good health solely because of cost. When the latter cannot be reduced to suit the needy, effective but less expensive remedies should be used.

Artemisinin represents the universality of the Chinese approach to a healthy society. Indeed, it is a fact that has been proven once again in the country’s fight against the COVID-19 pandemic. Since the coronavirus was discovered in early 2020, China has not withheld its support, including knowledge, medical equipment, medicines and ultimately vaccines. The country’s top leaders have at times mobilized the global community to discuss ways to fight the pandemic.

The role of TCM in the management of COVID-19 was also highlighted. On Tuesday, Chinese epidemiologist Zhang Boli noted that TCM “has been shown to be effective in reducing the rate of asymptomatic and mild cases becoming critical and in reducing treatment time.”

Building a global community of health for all requires putting people first – before profit. China did it with artemisinin without the hype. According to the WHO, approximately 240 million people in sub-Saharan Africa have benefited from artemisinin-based combination therapies. The country has fueled the antimalarial ecosystem with, among other interventions, billions of doses of artemisinin-based drugs, the training of thousands of personnel, and the construction of prevention and treatment centers.

China’s half-century fight against malaria and recent strategies to combat the COVID-19 pandemic show that it is willing and ready to apply its experience in partnerships that can help alleviate suffering. millions of people in developing countries, especially vulnerable children and women whose health is more vulnerable to serious health risk factors.

For a global community of health for all to become a reality, there must be trust between all countries. Mistrust cannot unlock the synergy needed for cooperation in the research and development of drugs and other health solutions in general.