An acupuncture needle near the ear of CGTN correspondent Jim Spellman. /CGTN

An acupuncture needle near the ear of CGTN correspondent Jim Spellman. /CGTN

Based just outside Washington, DC, the American Center for Chinese Medicine (CCM) has one mission: to teach the United States and the world traditional Chinese medicine (TCM).

“Chinese medicine actually originated in China thousands of years ago,” said Dr. Zhang Xuekai, director of the US CCM. “The spread of Chinese medicine in the world is quite large.” 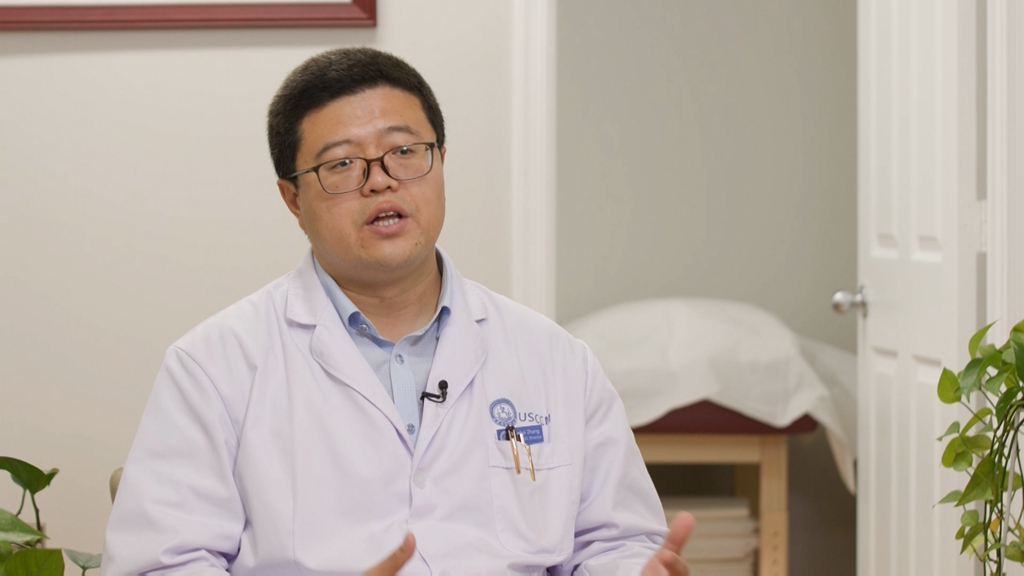 The center trains health professionals and is affiliated with Beijing University of Chinese Medicine. TCM uses techniques such as acupuncture, cupping, herbal medicine and specialized massage known as tui na.

A TCM exam typically begins with a series of questions about diet, vision, digestion, hearing, sleep, and other issues. The doctor can then examine the patient’s tongue looking for and taking the pulse in three different parts of each wrist.

“I take the pulse in the shallow, middle and very deep layer to get a view of your balance in your body,” Zhang said. “Which part of the body has more energy, which part is in deficit. So it’s a comparison of the three parts.”

The doctor may also ask the patient about stress at work or home and any difficulties that may cause the patient to become unbalanced.

“We take the relationship between human being and nature, human being and society and even the inside of the body. We have different organs as an overall system. We consider the balance of these organs as the priority of our treatment,” Zhang explained. 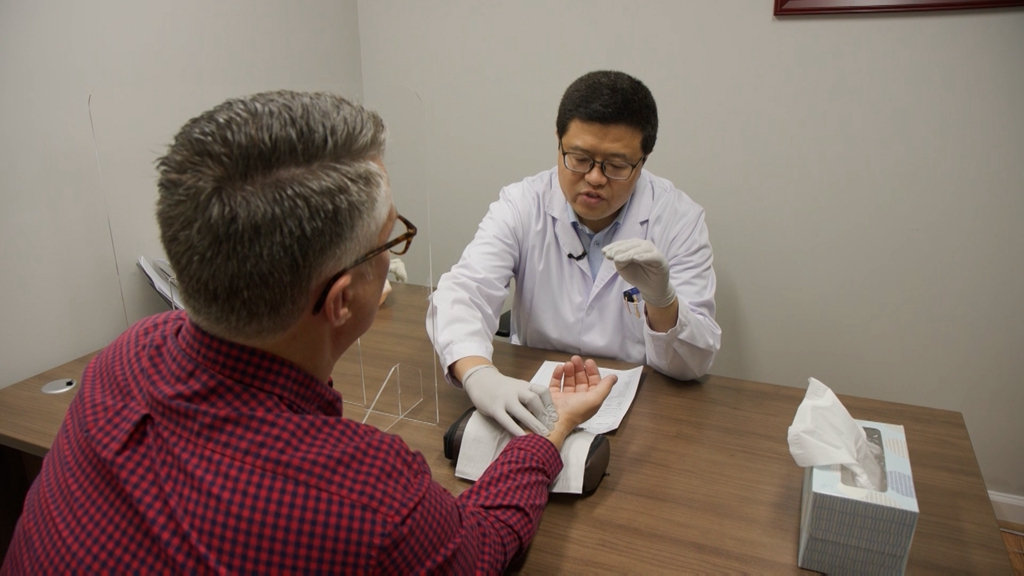 Zhang said there is no conflict between modern Western medicine and TCM. The two approaches can often work well together. Many American CCM students are doctors trained in Western medicine who add TCM techniques to their practice.

TCM has gradually established itself outside of China. The US National Institutes of Health has found acupuncture and other TCM treatments to be safe and effective for certain medical conditions, and the agency is studying broader applications. In recent years, the World Health Organization has embraced traditional medicine, including TCM, especially in conjunction with Western medicine.

Zhang said TCM helps the world, while allowing Americans to have a positive interaction with Chinese culture.